In this kitchen curatorial, we compile some seafood and freshwater fish recipes from around the world to help celebrate late summer. It’s nearly impossible to experience summer here in Montana without also experiencing the art of trout fishing, so we include a couple of interesting takes on cooking with trout. To round out the curatorial, we also wanted to showcase some recipes that will tempt any palette with oysters, clams and halibut.

Breakfast: One of our favorite summertime fish recipes is breakfast trout. Try starting your day with this simple but delicious Breakfast Trout With Bacon from Saveur.

Soup: Nothing beats a great New England Clam Chowder like this one from David Lebovitz. 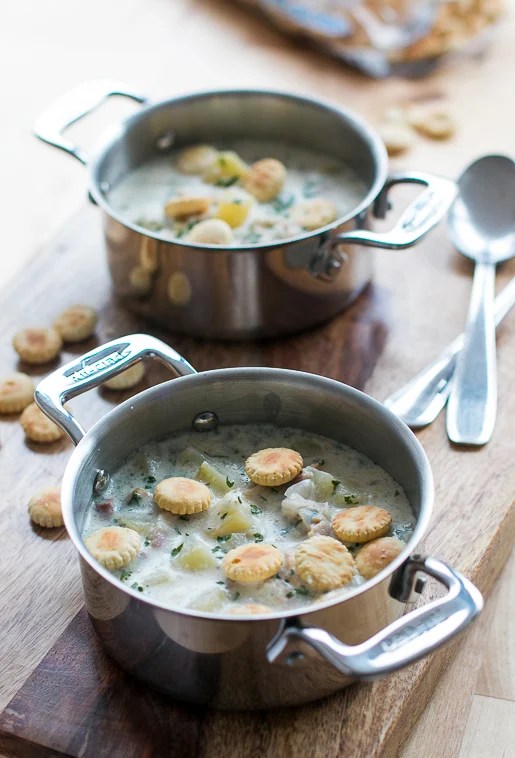 Appetizer: Oysters On The Half Shell With Blueberry Mignonette. Yum. A great recipe from Julia at In A Half Shell.

Main: Roasted Halibut over a Potato Bed from Savoire Faire Roasted Halibut over a Potato Bed from Savoire Faire

The amazing decline in honey bees continues to be one of the most important food stories of our time. AGWeek recently took an interesting look at what farmers are doing to try and maintain healthy bee populations.

David Lebovitz (see the Chowder recipe above) gave us a rare look inside the Le Creuset factory in Fresnoy-le-Grand, France. If you love Le Creuset, you should definitely read this fascinating article.

Nestlé SA in India is fighting the laboratory results that found toxins, including lead, in noodles they manufactured. The Wall Street Journal has the story here.

Idaho’s “ag-gag law” which sought to make illegal undercover investigations at farms by journalists and activists was struck down by the U.S. District Court for the District of Idaho. The law was sponsored by the Idaho Dairymen’s Association. Read the full story here.

It doesn’t qualify as news exactly, but John Oliver, host of the popular Last Week Tonight on HBO, took a shot at Whole Foods Market for a $6 bottle of asparagus water they sell in California stores. The segment concludes with a mock Whole Foods commercial that claims the chain is “an elaborate practical joke that got really out of hand.”