The green grass of summer has given way to another dry, smokey fire season. From California north and east to central Montana, fires have blanketed the landscape in thick smoke. Here in Missoula, it’s been pretty bad, but not too bad for some late summer garden parties and dinners outdoors. The sunsets have been stunning. We hope wherever you are, you are able to enjoy the treats of late summer, like sweet berries, summer squash, and fresh garden greens.

Here’s our collection of recipes and articles for this last week of August, 2015.

Each week, we feature some of the best recipes that we’ve read from around the web.

Breakfast: This crunchy French toast is a new take on a classic breakfast

Lunch:
While not a quick fix for you lunchtime hunger, this Cuban Sandwich with Tomato Jam is well worth the effort.

Dinner:
Wondering what to do with all the summer squashes you see in the markets and coming up in the garden? Here’s a tasty herbed summer squash pasta bake perfect for late summer. 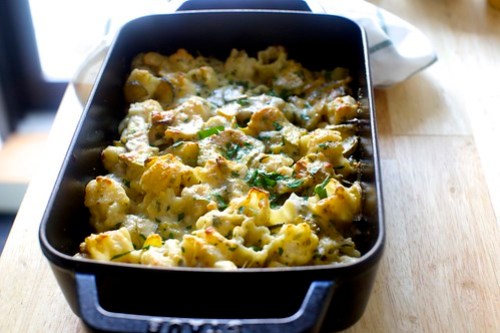 Dessert:
Berries have to be the greatest thing about late summer. Here’s a cheesecake recipe that features a gooseberry compote that looks amazing. If you can’t find gooseberries where you are, try substituting for another late summer berry.

In the Lunch Box:
As the kids are getting back into the swing of school, it’s time to start thinking about packed lunches. We love the Japanese “bento” philosophy which makes packing those weekday lunches fun and creative. An unpleasant consequence of the sanctions against Russia following the Ukranian invasion is the ban Russia has placed on foods from the European Union, U.S. and other countries. Russia has been making a very public display of crushing and incinerating contraband foods, including produce and poultry.

Salad is put in the hot-seat in a recent article from the Washington Post which looks at why salad is so overrated from an environmental perspective. Turns out, once you account for all the transportation, refrigeration, and the use of land and water to grow that lettuce, it loses most of its benefit.

You’ve probably heard about the first salad grown and harvested in space… now here’s a more in-depth article which talks about the technology behind future veggies in space.

From Good Magazine, here’s a great article about what we can learn from the traditional Arctic diets.

The Dinner, by Herman Koch

First published in Dutch in 2009, (in the U.S. in English in 2013) The Dinner by Herman Koch has become a global sensation. A dinner meeting of two brothers and their wives in an up-scale Amsterdam restaurant is the setting for this fascinating book. Narrated in the voice of the younger brother, a former history teacher; the older brother is a prominent Dutch political figure. The conversation of the dinner centers on the two families trying to respond to a violent crime their two son’s have committed which is caught on security camera. If your looking for a crime story with a different angle, you’ll love The Dinner. It’s also a fascinating book set in a restaurant.

Have a great week, and eat well.